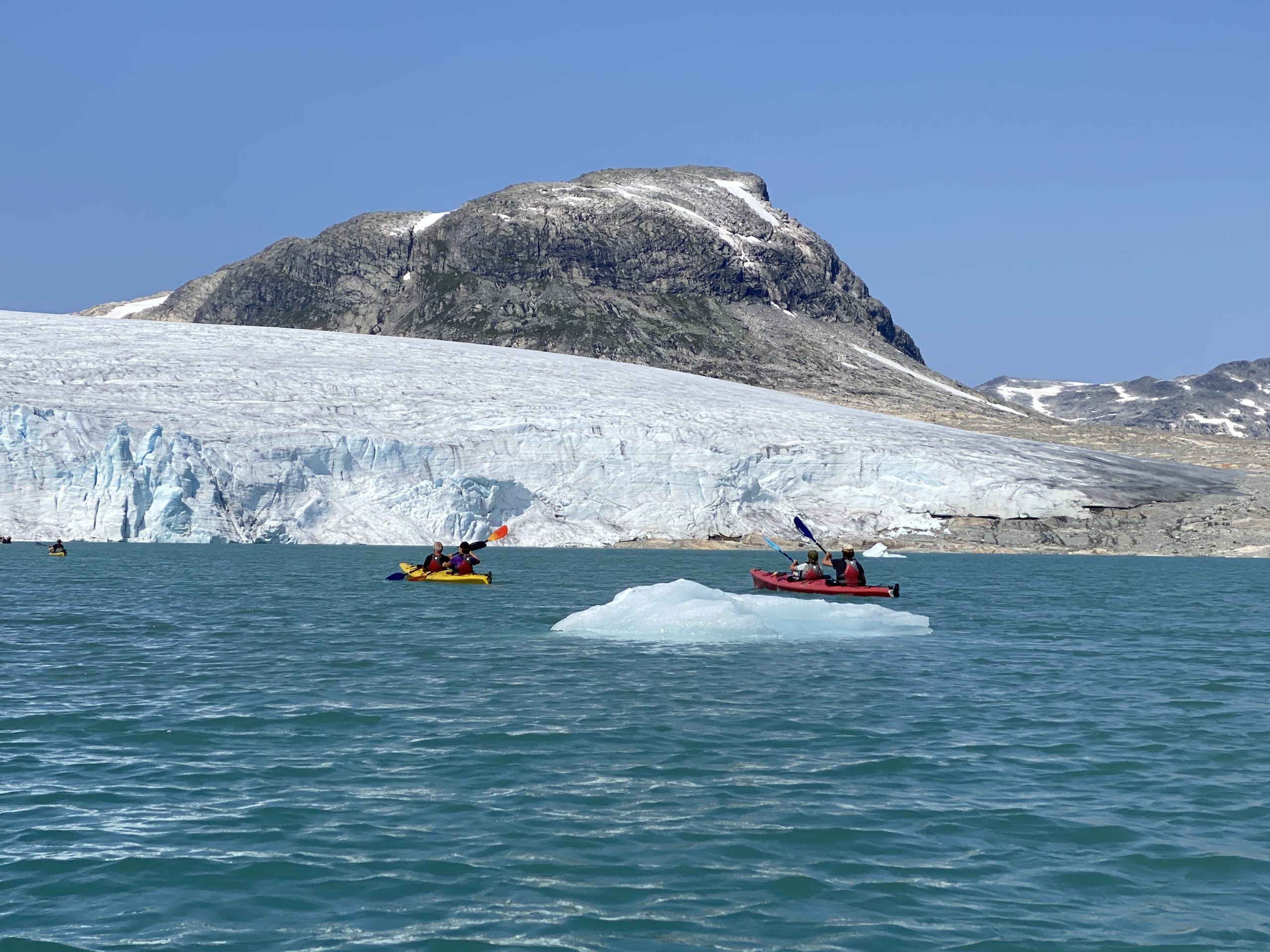 Paddling and peak trip to the lovely Luster

After the group trip to Luster last year, there was no doubt that I wanted another trip here.

In the heart of the Sognefjord is this beautiful place, not far from Jotunheimen and with the Jostedalsbreeen with its glacial water and rivers in the immediate vicinity. A little paradise for those interested in nature.

With weather that couldn't be much better and a wonderful group that was going on the trip, this was bound to be a fantastic weekend.

We were going to stay at Døsen Gard in a glamping tent, a fantastic place with outstanding service.
Nothing to say about the location either. From the tents you can almost jump straight into the fjord. After breakfast on Friday (which, by the way, was one of the better things, with home-made rolls and everything you can think of), we were going to start a paddling trip on Lake Styggevatnet and into Austdalsbreen. The paddling trip to the glacier was about 6 km one way. And with completely green water and beautiful weather, all you had to do was enjoy the paddling trip.
We had with us an incredibly talented Calle from Icetroll, who really knew his stuff.
After the paddling trip, we took a short nap before the trip went up the glacier. The evening could be enjoyed by the water's edge around the bonfire after a lovely dinner on the farm. The next day it was Soleibotntind's turn. A peak of 2083 m above sea level,
We parked at 1240 m above sea level and walked about 4 km before we reached the top with a unique view of the mountains in Jotunheimen. And once back down, it was just a matter of plunging into the deliciously refreshing fjord for a swim. The dinner this evening can hardly be described even once. Here we were served deer by a very skilled man who grilled the deer on the spot for us. The side dishes also made this dinner a pure pleasure. On the last day we went up to the adventurous Fuglesteg 630 m above sea level, with its very special history. The farm was built in 1830, by Sylfest who for five years carried stone to the house before he told his wife about the construction plans.
What a place, and it was no less goosebumps when they were inside the house rehearsing for a concert they were going to have later. Live Norwegian folk music in such a place really gives goosebumps.

The helle cakes you can buy here are also really a must to take with you outside in the cozy area outside. After many steps and a lot of activity these days, it was good to end the trip with a stretching session on the grass at Fuglesteg. 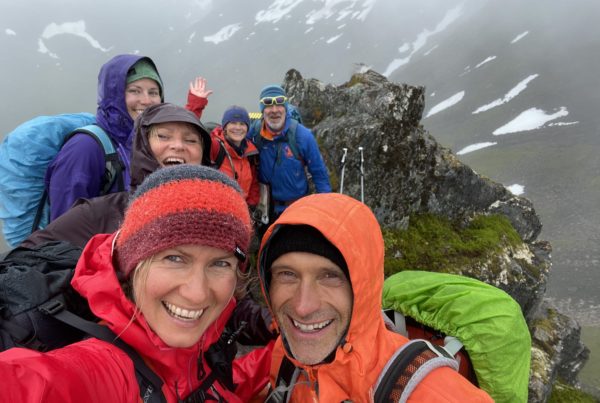 Group trip in the Sunnmør Alps 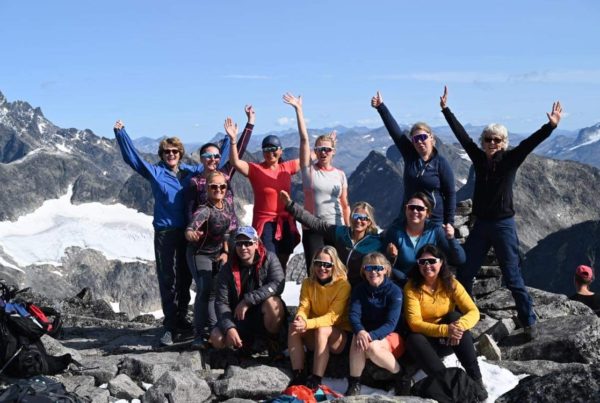 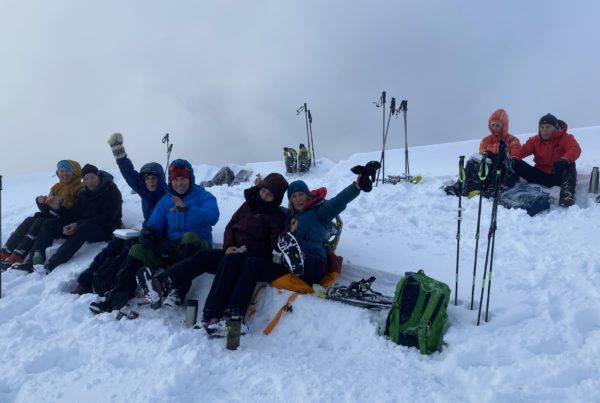